Images in the wake of violent coastal storms often focus purely on the damage caused to beaches, dunes, property, and surrounding infrastructure.

However, these extreme weather events could help offset erosion to beaches caused by rising sea levels, by pulling up vast quantities of sediment from the ocean floor and depositing it along retreating shorelines.

Climate change is projected to cause a global sea level rise of between 25in (63cm) and 40in (101cm) by 2100, based on a scenario where future greenhouse gas emissions are at the high end of current modelling.

Global warming is also expected to increase wave heights during extreme weather events along almost three-fifths of the world’s coastlines by the end of the century.

But the researchers said the findings could potentially change long-term predictions about the future of our coastlines.

They found that quantities of sand deposited naturally along the coastlines in the study match the amounts required by engineers for artificial ‘beach nourishment’ projects used to combat erosion. 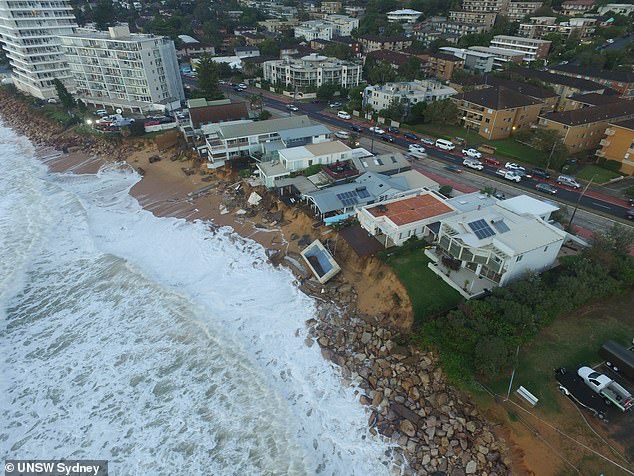 Researchers studied Narrabeen beach in Sydney (pictured) in the wake of a 2016 storm, which ripped a swimming pool away from a property overlooking the coastline 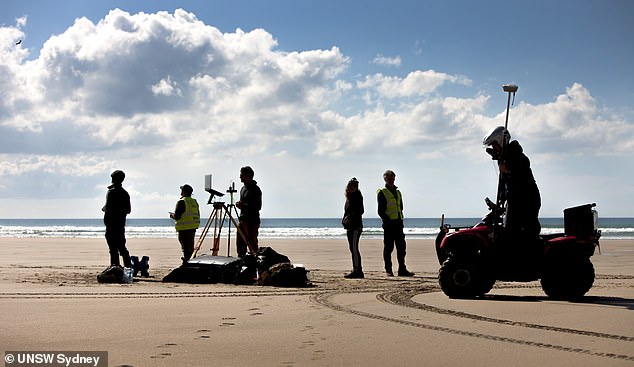 More tropical cyclones could hit cities because of rising temperatures

Research by Yale University-led experts suggests that global warming will reduce the temperature differential between the equator and the poles.

This, they warn, could weaken the jet stream at mid-latitudes, allowing cyclones to form — by 2100 — over a wider range than they have in the last 3 million years.

The ability for more tropical cyclones to form at mid-latitudes, where most of the world’s population lives, will place millions more within their devastating reach.

‘For the first time we looked not just above water, where the impacts of extreme storms are easy to see, but also deep down below the water as well.

Is building a big dam, smaller dams or no dam best for Cache County’s water futu…

Flood risk expected to grow in NH as temperatures rise

Flooding is an ongoing worry in New Hampshire, causing more than half of all weather damage in the state,...

A team of fusion scientists and engineers stand in front of ORNL’s Helium Flow Loop device. From back left...

Some types of watering were just declared banned or restricted after an unanimous vote by the State Water Resources...

KVUE — A new discovery by University of Texas at Austin researchers could be a game-changer when it comes to...

How our huge land resource can enrich Kenya’s 12m households

Expensive-Looking Clothes That Are Machine Washable

Honnekoodige lift irrigation project fails to take off even after decades

Fairburn man wants City of Atlanta to amend $5,000 water bill he says he does no…

Water safety tips ahead of busy summer on the lake

Water quality in pumping stations is being tested in Kyiv

5 best water filter pitchers that actually work, per an expert

No Result
View All Result